E-books will be obsolete within five years.  Crippled by territorial license restrictions, digital rights management, and single-purpose devices and file formats that are simultaneously immature and already obsolescent, they are at a hopeless competitive disadvantage compared to full-fledged websites and even the humble PDF. 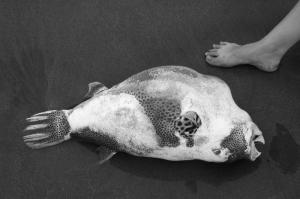 Last year, I bought a laptop in Singapore, and brought it with me to Australia.  It worked fine for reading the Economist online and what passes for journalism in Singapore, but one day I searched for the Sydney Morning Herald, and there were no hits: it’s as if it didn’t exist.  A little poking around revealed that to be able to view Australian sites, I had to register my browser to be in Australia, which also requires a credit card with a billing address there.  What’s more, switching countries like this would delete all my bookmarks, terminate my paid subscription to the Economist and stop me from being able to read even single issue of the Singaporean Straits Jacket.  And needless to say, the laptop is locked to prevent me from installing another browser that would allow me to get around these limits.

Does this sound ridiculous, a perverse fantasy of some balkanized Web of the dystopian future?  Nope: it’s all true, except that my “laptop” is actually an iPad and my “browser” is iTunes/iBooks.  Since my iTunes account has a Singaporean billing address, the Kindle application does not show up in my search results.  If I switch countries, I will lose access to everything I’ve previously downloaded.  And if I do bite the bullet and switch to Australia, a good chunk of apps, music and more on offer will no longer be available on iTunes, iBooks or Amazon, and I’ll pay around 50% extra on what remains.  But I chose not to, and thus didn’t buy 3 or 4 books I wanted to, because their publishers would not sell them to me.

Why?  Because publishers insist on selling e-books the way they sell printed books, and customers simply don’t figure in the equation.

Now, breathtaking stupidity like this is commonly attributed to digital rights management (DRM), and Lord knows there’s plenty of idiocy involved in there as well.  Fortunately, Charlie Stross has already eviscerated that particular sacred cow of the publishing industry (see here and here), so I’ll focus on what’s actually causing my problem: publishing rights. 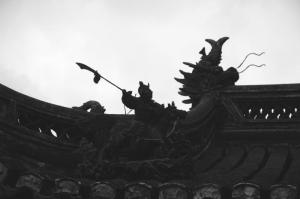 On the Web, the very idea that the right to read a website would vary from country to country seems patently absurd.  Cyberspace is flat, after all, just computers talking to computers.  You, the reader, do not need to concern yourself with where these electrons on your screen are coming from, and neither do I, their publisher, need to care where they are going.  And when somebody attempts to artificially block those electrons — say, China and its Great Firewall — it’s the kind of the thing that the US Congress and the World Trade Organization get worked up about.

But in the print publishing industry, publishing rights for different countries and languages are both standard practice and a big deal. Printed books have to be moved around on pallets in trucks, and since micromanaging physical distribution in the UK would be hard and expensive for a publisher in the US, it make a lot of sense for the US publisher to cut a deal with a UK counterpart: I give you the right to some content, you print the books and distribute them, and we share the profits.  (As always, it’s actually much more complicated that, and Stross has a readable short primer on that too.)

So when e-books rolled along with the promise to obliterate barriers to distribution, the publishing industry was faced with either changing everything they do, or sticking to what they’ve always done.  Naturally, they opted to circle wagons, stick their fingers in their ears and pretend digital is print.

ePub is an instructive case.  The current de facto standard, version 2, is essentially XHTML 1.1, a W3C standard dating to 2001, with a sprinkle of limited  CSS2 (1998) and layers of proprietary cruft added on top.  This means most e-books are using technology that was cutting edge fourteen years ago, and thus lack even rudimentary features like absolute positioning, which allows making pages look the same on all devices.

Anointed successor ePub 3 was released in late 2011, now encapsulating HTML5 instead, if with a long list of incompatible “extensions, enhancements, deviations and constraints“.  However, nobody’s using it yet, because there are no devices on the market that support it and, e-book readers being single-purpose hardware, you can’t just update them to the latest Firefox to get support.  The only device out there with something like it is Amazon’s Kindle Fire, whose proprietary KF8 format is kinda-sorta-but-not-really in line with ePub 3, so publishers have to repackage everything twice.  Remember the Internet Explorer vs Netscape “browser wars” back in 1995 or so?  That’s where e-book formats are today.

Let’s recap.  Customers today are expected to buy into a format that locks down their content into a silo, limits their purchasing choices based on where their credit card happens to have been registered, is designed to work best on devices that are rapidly becoming obsolete, and support only a tiny subset of the functionality available on any modern website.  Nonetheless, publishers are seeing their e-book sales skyrocket and congratulate themselves on a job well done.  How come?

Because right now, they have no choice.  If I want to read a digital copy of Country Driving today, my options are to either bend over to HarperCollins or to go pound sand.  But once publishers start breaking ranks (as they are already doing) and major authors start to self-publish (as they are already doing), the illusion of e-books being a necessary simulacrum of printed books will start to dissipate.

What will replace them?  The same medium that already killed off the encyclopedia, the telephone directory and the atlas: the Web.  For your regular linear fiction novel, or even readable tomes of non-fiction, a no-frills PDF does the job just fine and Lonely Planet has been selling its travel guidebooks and phrasebooks a chapter at a time, no DRM or other silliness, as PDFs for years now.  For more complicated, interactive, Web-like stuff, throw away the artificial shackles of ePub and embrace the full scope of HTML5, already supported by all major browsers and usable right now by several billion people.   (Check out the Financial Times web app for a sneak preview of what’s already possible.)  Chuck in offline support, an embryonic but increasingly usable core part of HTML5, and you can even read the “book” (website) offline.

The shift will not be instant, and there’s still a good couple of years of life left in the e-book market before the alternatives work out the kinks of presentation, distribution and retailing.  But e-readers will be obsolete in a few years, and once they’re gone, the sole weak advantage an e-book has over its future replacements will be gone.  Any publisher banking on e-books being around 5 years from now is in for a rude surprise.

73 thoughts on “Why e-books will soon be obsolete (and no, it’s not just because of DRM)”